July 01, 2013
Ning is an online platform for users to create their own social websites and social networks, launched in October 2005. Ning was co-founded by Marc Andreessen and Gina Bianchini. Ning is Andreessen's third startup (after Netscape and Opsware), and gets much of its notability from Andreessen's successes with those companies. Ning hopes to compete with large social sites like MySpace and Facebook, by appealing to users who want to create networks around specific interests or have limited technical skills.
The unique feature of Ning is that anyone can create their own custom social network for a particular topic or need, catering to specific audiences. At its launch, Ning offered several simple base websites developed internally and by members of a closed beta. In late September of 2006, Ning narrowed its focus to offering a group website, a photos website, and a videos website for people to copy and use for any purpose. Later, these three templates were superseded by a single customizable template aimed at allowing non-developers to more easily customize their copy of the social website. However, Ning does allow developers to have some source level control of their social networks, enabling them to change features and underlying logic.
I found the following on a Teacher-Librarian Ning:
Graduates: Rules for Real Life.Courtesy of Jennifer's New PLN Starter Kit 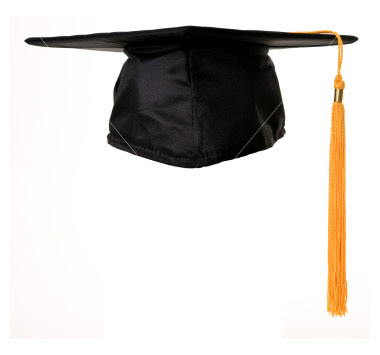 It’s the season. Graduation Season. I’ve been too busy to blog, so here’s some advice for the Decatur Herald and Review. (Decatur, Illinois)
Since it’s graduation season, this seems to be a good time to publish this list of rules for graduates as they move on in life.
The rules are often, incorrectly, attributed to Bill Gates or deceased novelist Kurt Vonnegut. The list, however, is the work of Charles J. Sykes, author of the book “Dumbing Down Our Kids: Why American Children Feel Good About Themselves But Can’t Read, Write, or Add.”
At any rate, it’s a good list to think about:
Rule 1: Life is not fair; get used to it!
Rule 2: The world won’t care about your self-esteem. The world will expect you to accomplish something before you feel good about yourself.
Rule 3: You will not make $60,000 a year right out of high school.
Rule 4: If you think your teacher is tough, wait until you get a boss.
Rule 5: Flipping burgers is not beneath your dignity. Your grandparents had a different word for burger-flipping. They called it opportunity.
Rule 6: If you mess up, it’s not your parents’ fault, so don’t whine about your mistakes, learn from them.
Rule 7: Before you were born, your parents weren’t as boring as they are now. They got that way from paying your bills, cleaning your clothes and listening to you talk about how cool you thought you were. So before you save the rainforest from the parasites of your parents’ generation, try delousing the closet in your own room.
Rule 8: Your school may have done away with winners and losers, but life has not. In some schools, they have abolished failing grades, and they’ll give you as many chances as you want to get the right answer. This doesn’t bear the slightest resemblance to anything in real life.
Rule 9: Life is not divided into semesters. You don’t get summers off, and very few employers are interested in helping you find yourself. Do that on your own time.
Rule 10: Television is not real life. In real life, people actually have to leave the coffee shop and go to jobs.
Rule 11: Be nice to nerds. Chances are you’ll end up working for one.
There are three additional rules that aren’t always printed:
Rule 12: Smoking does not make you look cool. It makes you look moronic.
Rule 13: You are not immortal. If you are under the impression that living fast, dying young and leaving a beautiful corpse is romantic, you obviously haven’t seen one of your peers at room temperature lately.
Rule 14: Enjoy this while you can. Sure, parents are a pain, school’s a bother and life is depressing. But someday, you’ll realize how wonderful it was to be a kid. Maybe you should start now.