Teachers are not OK and my plate is full!

June 16, 2022
Let me begin by saying, this school year has done a number on me. I moved from my hometown to the capitol of Texas. That alone was a task, because I moved during the pandemic and after being unemployed for 14 months.
As if my plate wasn't full enough, then my state leaders wanted to attack librarians for having books that discussed the truth in American history--(sidenote: The removing of books and news related to racism, unprovoked violence, and the plight of Black and Brown Americans by willfully ignorant folks...THIS is how 90% of the nation didn't know about the burning of Tulsa, OK (Greenwood)--which, without a shadow of the doubt, had my stress levels on high because any person of color knows: "we are the last to be hired and the first to be fired."
As if my plate wasn't full enough, the powers that be determined inflation was the way to go, after a global shellshock of a pandemic. Rent went from $1800 to $2250 while my salary went from $61k down to $53k. I bring the same 20 yrs experience, but such a huge discrepancy from Houston suburb to Austin suburb. My oldest had to drop out of school just to help me make ends meet, which sets his education behind...systemic burdens.
As if my plate wasn't full enough, the year ended with the 2nd worst of BANGS: The Uvalde Shooting. The unspeakable horror, just a few hours away...just like the Santa Fe shooting was 20 minutes from my house when I lived in Houston...just like the horror that flooded my soul when I heard gun shots at my own school while standing in the cafeteria, after a young man decided death was his best option during an arrest.
As if my plate wasn't full enough, I started fainting in May for no apparent reason, aside from stress...which last I checked is a killer. THAT is the 1st worst of BANGS. My heart is supposedly fine, gratefully, but I've reached a point of infraction as an educator too soon again: it's taking a toll on my health...and quite honestly, our medical professions is plagued with racism too. Can I trust my doctors to diagnose me effectively, while I surrender to the "maybe it's this" elimination game?
For those of you that follow my blog, you know I've battled every bit of discrimination, racism, sexism...you name it. The double-down on my fears of workplace violence resurfaced yet again. I'm not okay. Every last educator is not okay. I won't be armed in class. I am a responsible gun owner that believes the school-house isn't the shooting-range...plus, I don't want my Black body to be holding a gun during a school shooting for an officer to fear for his/her life and shoot me. I want to be paid a living wage, plus the 20 yrs I bring to the table in experience. I want to inspire kids. I want to be unburdened.
Thank you, PBS Newshour, for allowing a small bit of release in the pressure-cooker that is public education. Take a look y'all and advocate for true change...while I recover and clean my plate this summer.

P.S. I made my birthday this month. It's significant because last month, all my loved ones were concerned that I wouldn't see it. Asé. 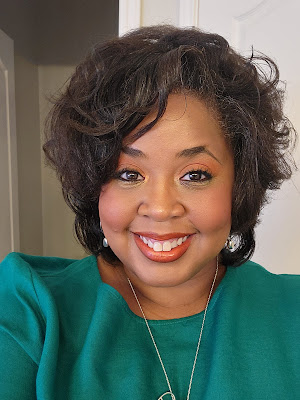